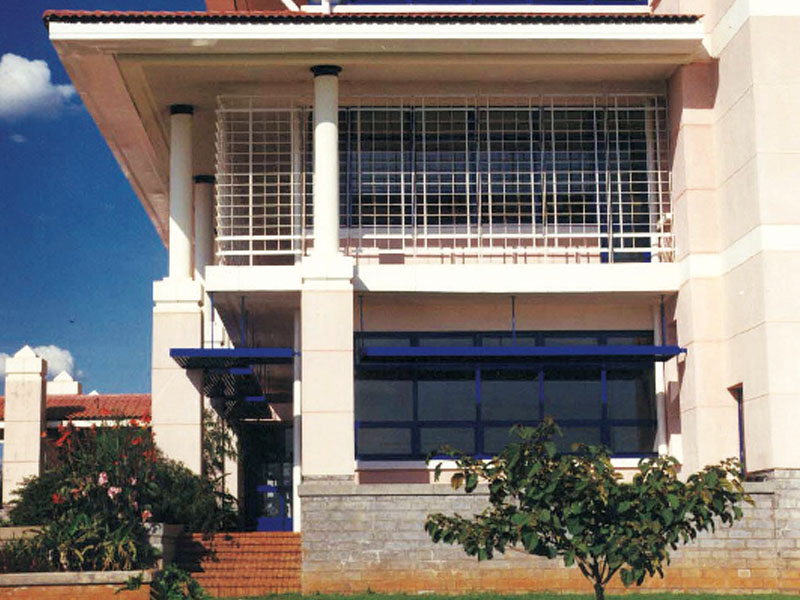 Triad were commissioned to carry out studies for the feasibility of constructing university libraries in Kenya and following the successful negotiations with the Kenya Government, the British Government undertook to construct a new university library at Moi University.

Triad were appointed architects and project managers for this project. The consultants team included not only construction professionals but also librarians and equipment and furniture specialists. Triad were mandated to implement the whole project, including furnishing, fi tting IT systems and equipping the library, stocking it with books and managing training programmes. Triad co-ordinated the design team whose team members were located not only in Kenya but also in UK, including librarians from Loughborough University, Ove Arup Engineers in London and the shelving and furniture consultants in Northampton.